Ruins of a Gothic Style Castle 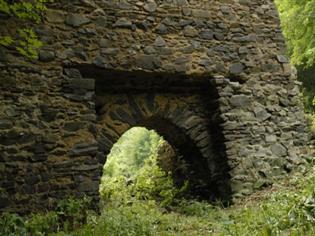 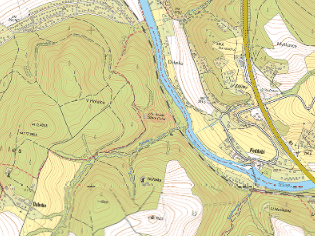 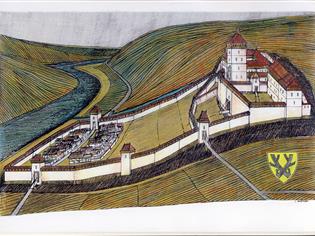 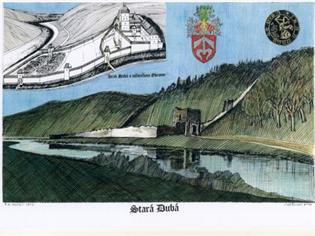 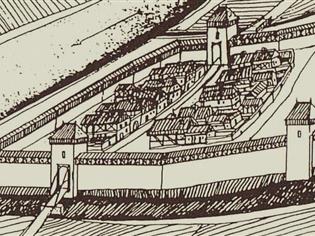 Dubá Castle, the ruins of which still loom on a wooded rocky promontory over the left bank of the Sázava River opposite the village of Poddubí, was established in the 13th  century by one of the members of the Benešovic noble family. The members of the branch of family that lived there then called themselves after their new seat ‘of Dubá’. Their ancestor was Matouš (the son of Beneše of Dubá), who is mentioned between 1218 – 1227. The first one who changed his name after Dubá was Ondřej in 1283 who was also the owner of another castle, Kavčí Hora near Leštno (Líšno today). One of his descendants of the same name built the Chapel of Sv. Kliment within Dubá castle in about 1350. When Ondřej’s estate was being divided amongst his sons, it was Vaněk who got Dubá in 1367.  After him the castle was owned by Václav (occasionally his name is also stated as Vaněk), who is mentioned in King Václav IV’s records in connection to the noblemen’s Union as the King’s adherent. Together with his armed men he took an active part in an internal war of 1339 and belongs amongst famous highway men.  Captured and robbed opponents used to be imprisoned and held in Dubá at that time. A minor war with members of the noblmen’s union lasted until 1403 in this area. In this year, Václav IV returned from captivity back to Bohemia. Jan Zůl of Ostředek, Vaněk’s until then supporter, who continued to plunder, got hold of Dubá at that time and from there as well as from his neighbouring Hrádek he commanded the whole area. His activities were brought to an end only by the land protection army  when they also conquered Dubá Castle in 1404.  After Vaněk of Dubá’s death (last mentioned in 1416) the ownership of the property kept changing frequently. In the middle of the 15th century Kuneš Rozkoš of Dubá held the castle as well as Odranec, the area under the castle, and he also owned Kostelec nad Sázavou Castle  (nowadays Zbořený Kostelec) in this area.  Following his death, Dubá Castle was allocated to Komorní Hrádek. Probably soon after this it become deserted – possibly in another internal conflict initiated by the Zelenohorská Union against King Jiří of Poděbrady. Already in 1525 Dubá is mentioned as being deserted.

All that was left of the original castle are ruins but even they allow us to imagine the original size a disposition of the castle.  The castle could have been accessed only by a hilly path from the south or from the west through the outer Ward; steep terrain on all other sides made access impossible.  The oblong-shaped outer Ward was closed using a small gate which was protected by a cylindrically-shaped bastion.  The buildings of the castle were fortified with a rampart and a moat in the south and a massive moat cut out of the rock in the north and northeast.  The castle palace with an oblong ground plan used to stand to the right from the entrance gate out of which only a heap of rubble now remains.  The courtyard was quite narrow and approximately in it centre, remains of the walls of the Chapel of Sv. Kliment which were preserved for a long period of time.  There were other palace buildings (nowadays mostly in ruins) in the remaining parts of the castle.  Two massive ramparts reinforced with square towers ran from the upper castle down to the flat riverbank.  The first rampart, which is still clearly visible, ran along the excavated moat vertically to the contour of the hill.  The rear rampart went first towards the river marking the south eastern slope then it bent and also ran towards the flat riverbank where the two ramparts were connected to a third which ran parallel with the course of the Sázava River.  In a relatively small area under the castle which was protected by the ramparts, was located the settlement ‘hamlet’ of Odranec.   Access to the settlement was guarded by a massive prismatic tower with a gate in the south western rampart at the foot of the castle hill.  The peripheral walls have been partly demolished but the gate still remains.