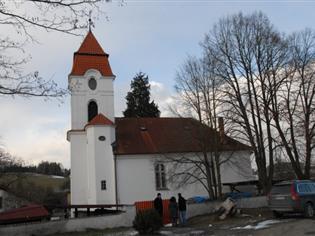 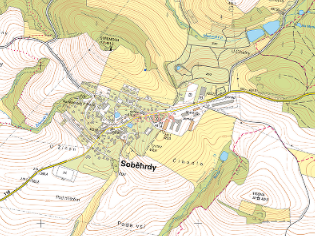 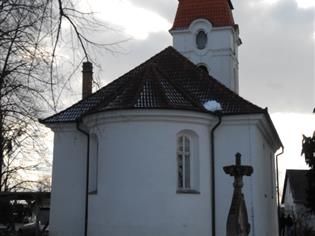 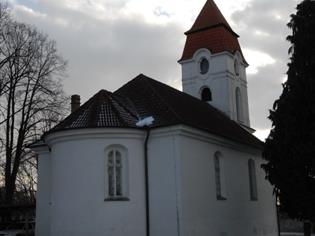 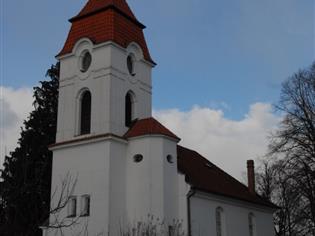 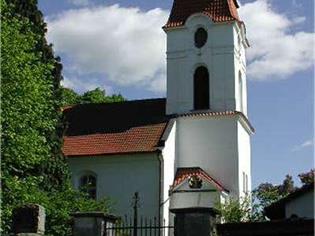 The local countryside was occupied by the Czech Brethren from the Hussite wars up until 1620. After the White Mountain battle, all Czech Brethren priests were banned from the parsonages in 1924. The Emperor’s Patent from 1627 ordered that all citizens of another confession than Catholics have to move out. Those who did not want to move out, faked to receive the Catholic faith, however the old faith remained in their heart, in which they also brought up secretly their children. Czech Brethren, wearing their hoods would gather to prayers at the gorges under the Kavčí hill. The Helvetic and Augsburg confession was permitted by the Tolerance patent (Emperor Joseph II). Many secret Czech Brethren enspoused the Helvetic confession since it was closest to the Czech Brethren faith.

The first wooden church (prayer room) was started to be built on May 1, 1786 and it was consecrated on November 3, 1787. It was the second church built in Bohemia after the issue of the Tolerance Patent. Parson Jan Kašpar replaced it by a stony church in 1823, which stands until today. The first parson was Samuel Galambosy, seven parsons of a Hungarian origin followed him up to 1812. Josef Šedivý (1812-1820) was the first Czech preacher. A school attached to the church was built and opened on October 20, 1785. Next to the church a parsonage was built in 1815. During the time of parson Španiel the old (church) cemetery around the church was closed and a new cemetery was built in proximity to the village being there until today.

As parson Šebesta came to Soběhrdy in 1905, the church was in a bad state, the beams and ceilings were rotten therefore he renovated the church. A tower in Biedermeier style was annexed to the church and ceilings were repaired.  The proposals and performance of the renovation was done by J.Blecha company from Prague. The new building was consecrated on November 1, 1909. On the first October Sunday in 1910, three new bells rang on the new tower- they were called Hus Žižka and Chelčický. One of the bells bearing the name of a brave Czech fighter was confiscated for a war material. The church in Soběhrdy belonged to the biggest ones in Bohemia, the air line from the west to the east measured 60 km and from the north to the south 50 km. A new church was established in Benešov in 1925.