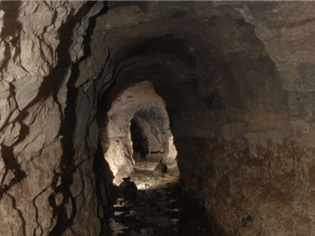 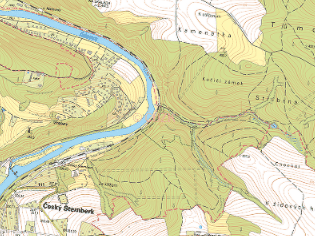 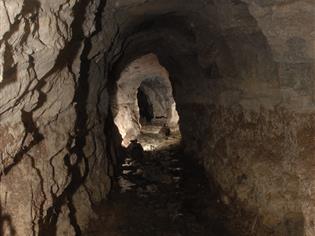 This park can be found on the right, mostly steep slope of the Sázava river where it joins the side valley, approximately 1 km north-east from Český Šternberk in the place of a former lime stone quarry and its surroundings. It is a priority to protect an unusually rich population of Mezereon Mezereon in this area. Although being a fragment of a wider region, the area is also a significant example of the Sázava canyon biocenosis of rich rock of the Rataje zone which is not protected elsewhere in the Sázava river region.

As far as the morphology of the area is concerned, it is a steep slope on the right bank of the Sázava River with rocky outcrops and scree. The geological base comprises a rich mixture of rocks in the area of contact between moldanubicum, Kutná Hora crystalinicum, and the Rataje zone. A complicated composition of rock strips in the north east and south west may be found here. Crystalic lime stone, dolomite, amphibolites and amphibolite gneiss, quartzite gneiss, mica paragneiss, biotitic hybrid gneiss blending into migmatites and further also lodes of pegmatites and aplitic granite can be found in the direction towards the West. Generally, these are hard, resistant types of rock that create occasional outcrops. Oligo-mesotrophic brown soil, occasionally only poorly developed prevail because of rocky outcrops and scree. Small areas of rendzina can be found on lime stone rock.

Originally, there were oak woodland areas with flowers and scree vegetation in the area of the park. These were disrupted and thinned out during the mineral resources excavation which initiated the spreading of mezereon. When the excavation work was finished, spruce was planted intentionally. Spruce is spreading through self-seeding even nowadays which resulted in impoverished species community in the undergrowth. The following species, typical for oak woodlands, are currently present:  Dentaria Enneaphylos, Actaea Spicata, Woodruff, Sanicula Europaea. The herbal vegetation cover in the Spruce Woods is relatively poor with Cardaminopsis Arenosa, Three Nerved Sandwork, Fescue Grass, Tufted Hair Grass, etc occasionally present. A range of warm loving species can be found in the location of the original quarries, for instance Cypress Spurge, Cushion Calamint, Oregano, Alpine Clover.

Out of all of the fauna only molluscs have been closely followed, the more rare species are represented by Helicodonta Obvoluta, with the latest location against the stream of the Sázava river, Causa Holosericea, and  Taudonia Rustica. A section of partly flooded tunnel which provides the winter grounds for bats  can also be found in the park.

There is also a secondary coverage of vegetation with a prevalence of Spruce with individual examples of European Silver Fir, Common Alder, European Beech, European Hornbeam, Sessile Oak, Sycamore  Maple, etc. Limestone was excavated here in the past. The protected phenomenon together with more rare species of molluscs are threatened by the excessive overgrowing of vegetation and planting of spruce. Further, it is also a relatively small area of the park that represents a threat. It is necessary to thin out the area, to replace the spruce vegetation with a mixed one with a prevalence of deciduous species (Beech, Oak) and to extend the park to the slopes along the stream of the Sázava river including the rock above the rail track.

The hotel is located in the valley of the Sazava River, directly opposite the Cesky Sternberk castle. The hotel is a perfect place for relaxing, sport activities, organising of weddings, and family or company celebrations.

The local baker makes delicious poppy, cottage cheese, apple, damson cheese, and blueberry cakes. The bakery is a part of the local groceries shop, where the customers can buy the cakes or order them for their wedding parties, family celebrations or just for the breakfast. Or they come and taste this delicacy with a cup of coffee at our terrace.