Church of St. Peter and Paul 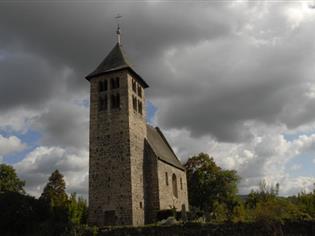 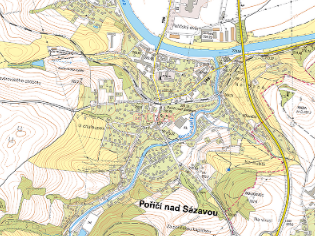 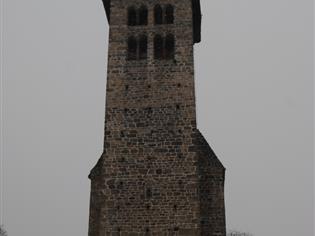 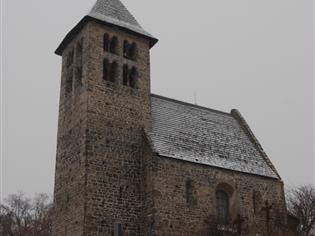 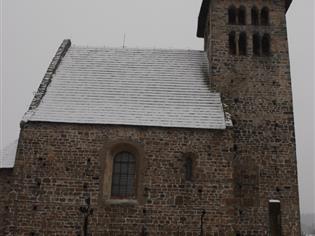 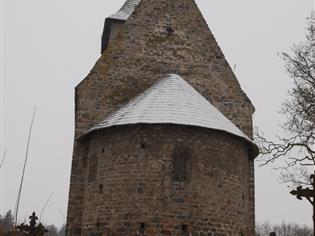 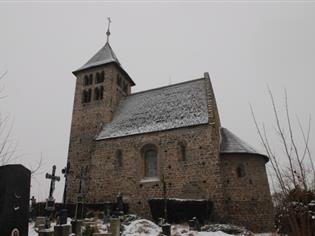 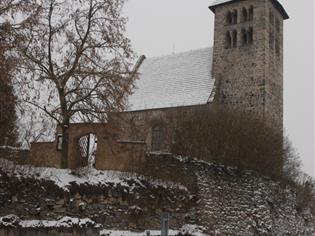 This is one of the most remarkable Roman buildings in the Czech Republic. Previously it was believed that it was built in the 11th century however at present experts are rather sceptical about the date. It was built either shortly before 1100 or after this date, however it is more likely that it comes from the middle of the 12th century.

It is a galleried church, which is apparent from the original entrance on the gallery in the north side of the prism-shaped tower at the height of approximately 3m above ground level. The original entrance has been bricked up. The gallery (nowadays, the rostrum, across the nave is under-arched with a cylindrical vault. A massive spire on the western side has two lines of small double windows. The church is entered from the west through a Baroque portal. The nave has an oblong ground plan and a flat roof.  There are two Roman windows in the southern wall and one window in the north wall two windows were enlarged in the Baroque period. The semicircle apse with a semi cupola has three original Roman windows.  In approximately the 13th century the entrance to the rostrum was bricked up. The access to the nave was allowed through a portal in the south. Therefore we can presume that an Aristocratic Estate, which we presume was once located near the spire, either disappeared or was built further from the church.  During the refurbishment in 1677 the southern portal was bricked up.  In 1926, figural paintings were discovered in the apse which were completely revealed in 1935 and restored by František Fišer.  The painting in the apse shows motives from Christ’s life and possibly also St. Peter, the painting in the semi dome shows Christ and the painting in the nave also St. Catherine and ‘The Enouncement’. The interior of the church is Baroque. The copy of Rafael’s  Madona di Foligno was painted by Josef Hellich in Rome in 1838.