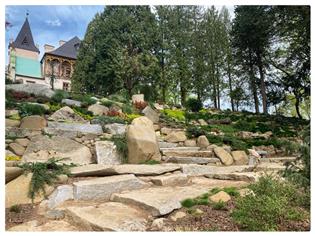 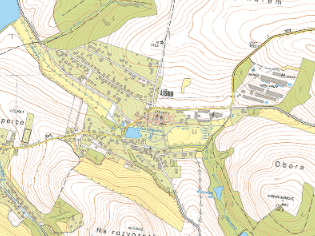 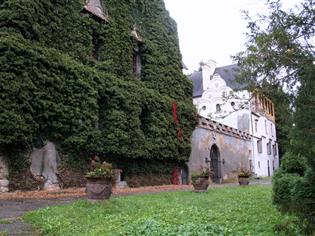 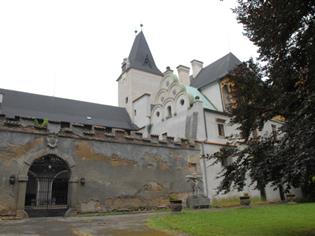 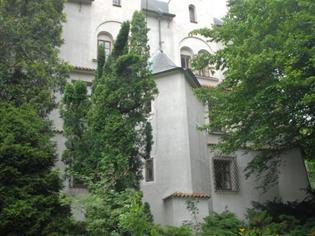 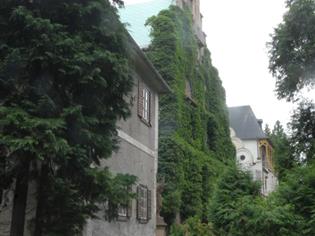 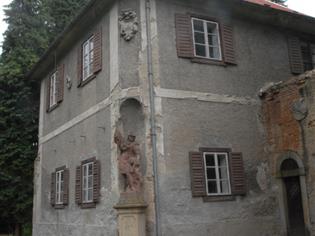 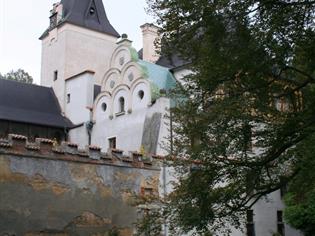 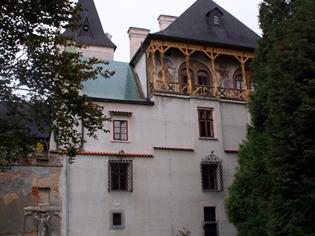 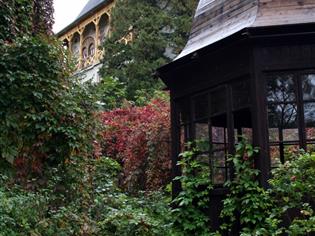 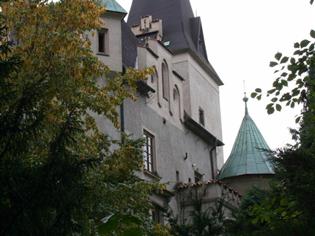 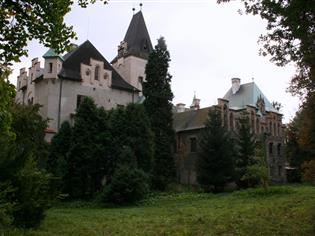 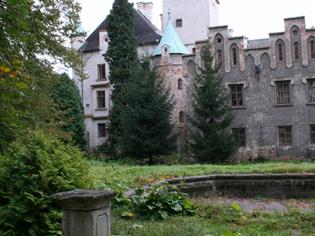 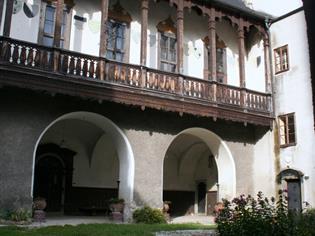 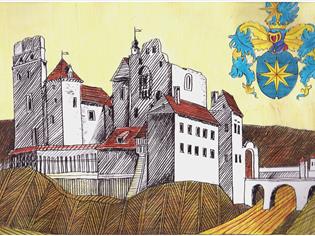 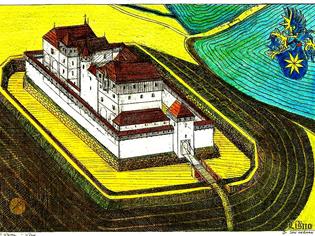 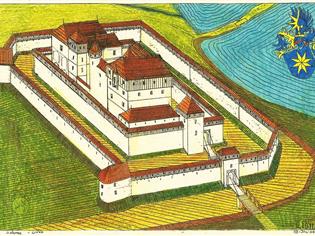 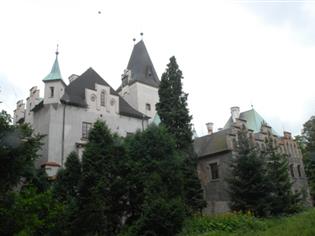 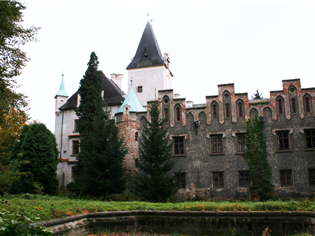 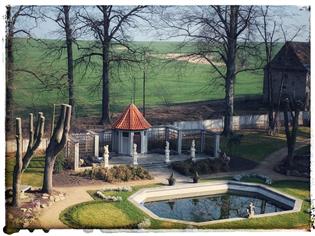 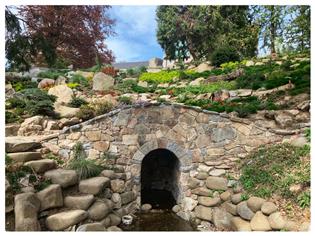 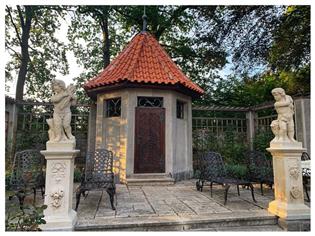 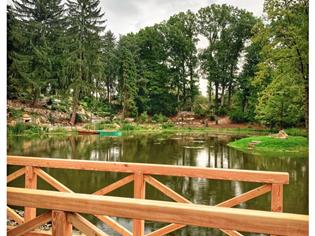 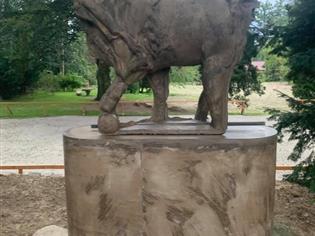 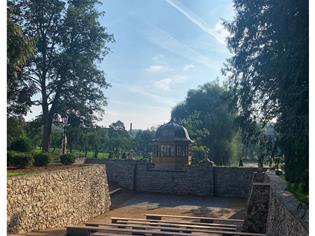 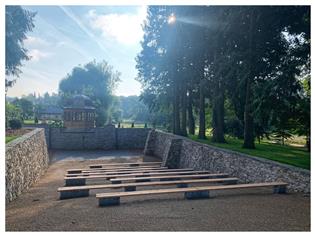 The predecessor of the current chateau in Líšno used to be the Castle of Léštno, established probably after 1367 when the sons of Ondřej of Dubá divided their inheritance. Beneš of Dubá who was given this section of land built his seat in a suitable spot protected by swamps and ponds. His son Václav of Dubá accompanied Master Jan Hus to Constance, however he did not join the Hussites  and therefore the Taborites besieged his castle in 1420. In 1467, in the fights of Zelenohorská jednota against  Jiří of Poděbrady,  Léštno was conquered  and reduced to rubble.  At that time the estate belonged to the Šternberk family  who later reconstructed and fortified the castle. The castle was reconstructed in 1478 and 1536. During the 30-years War, when the whole area suffered due to the consequences of the war, the local estate was ravaged too. The dishevelled castle became dilapidated and the ever changing owners had very little interest in its destiny. Between 1873 and 1884 Čeněk Daněk, a rich Prague industrialist, renovated the castle from scratch and converted it into a luxurious home, however maintained some Gothic and Renaissance Style parts. Thus the current chateau of Líšno, surrounded by a decorative park, was created. It has been built as a three winged two storey chateau around an oblong courtyard closed with a wall with a gate in the fourth side. The middle wing has a ground floor arcade. The courtyard facade of the left wing is decorated with statues of knights and a coat of arms. There is a prismatic tower in the corner of the right wing. In the park, there are pavilions, a statue of St. Florian, vases,  a pool, a pond with a meadow and woodland areas. The chateau was acquired by the state in 1945.