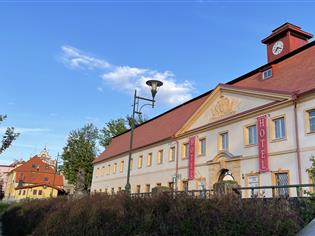 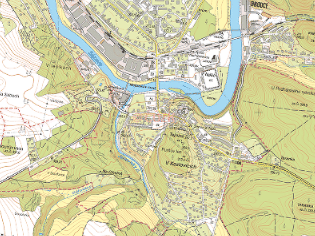 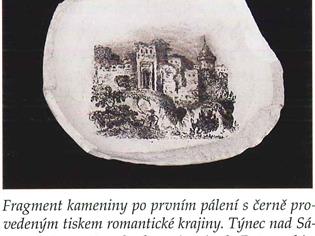 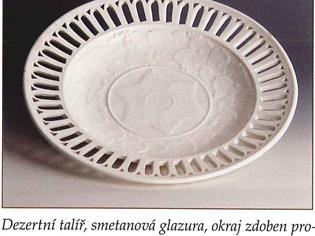 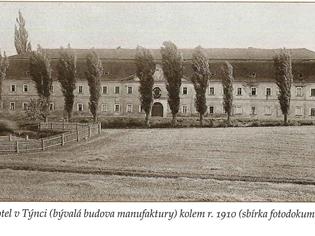 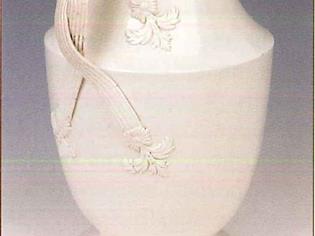 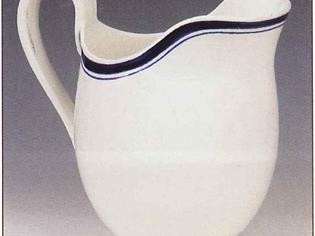 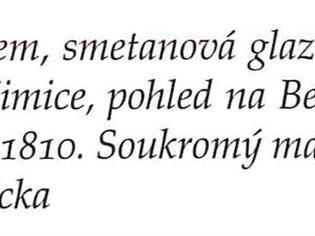 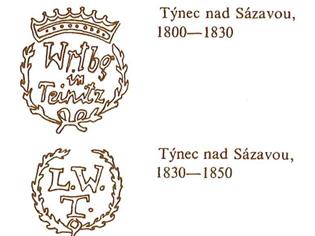 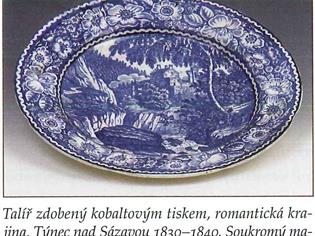 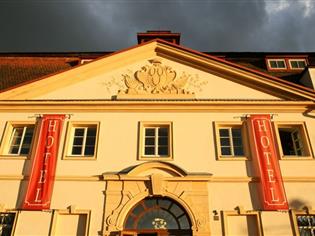 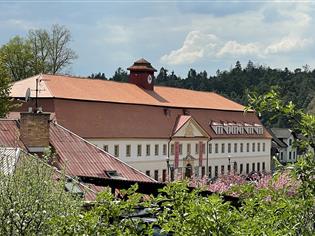 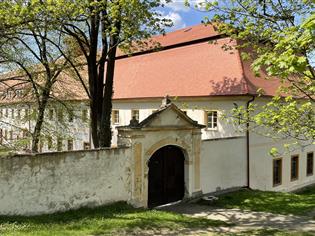 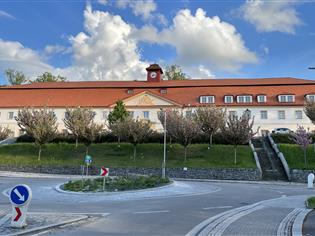 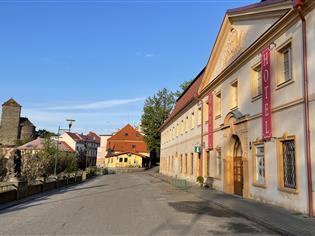 In 1887, Austrian Archduke Franz Ferdinand d'Este (1863-1914) bought the Konopiště estate, including a former factory.  At the turn of the 19th and 20th century, the Archduke converted gradually former factory to a hotel, first with a capacity of 8, then 23 rooms.  The hotel used primarily its left wing, not the entire object.

In particular, the long-term unused part of the building ended up in a desolate state during the first half of the 20th century where not even its temporary owners or managers anything fundamental changed (in 1919-1939 Czechoslovak State, Administration of Benesov breweries during the 2nd World War, the Czechoslovak state farms after the 2nd World War). In the left part of the building the hotel lingered.

In 1951, the building became the property of the Municipality of the Týnec nad Sázavou town. There were only a few precautions compared to the originally planned reconstruction (protection from falling roof tiles and pieces of plaster). In 1958, was installed a roof clock turret. In 1959, the management of the building was transferred to the METAZ factory which in two main phases (1959-1963 and 1969-1972) performed an adaptation to the cultural center. Building interventions of this period had a signifiant  impact on the current state of the building as within them there was a massive intervention in the original design of the building (application of reinforced concrete  conversions, etc.) and significant changes in its appearance (dormer windows in the roof, new window frames).

In 2004, Miroslav Nemec bought the object from the Metaz factory. After internal structural adjustments building still serves as a cultural center - under the name Community Centre TYNEC. In 2007, the Tourist Information Centre  was established there. In 2010, a reconstruction of a hostel into a newer hotel form was started in the first floor of the left part of building. In 2012, another part of the building was renovated to the Tourist hostel as a cheaper accommodation alternative for cyclists and canoeists. In 2016 the hostel premises were rebuilt and community elementary school was established there. 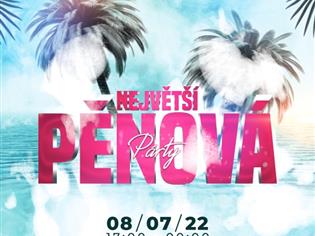 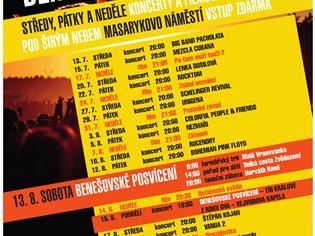 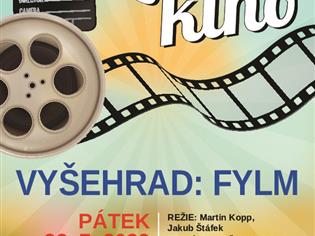